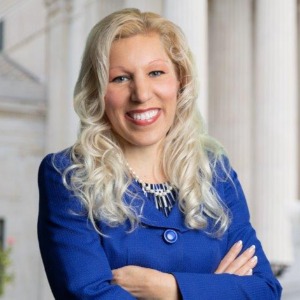 Recognized by Best Lawyers® since 2023.
1717 Pennsylvania Avenue, NW, Suite 500 Washington, District of Columbia 20006-4623
(202) 289-1313
|
Firm: Barnes & Thornburg LLP
|  Website
Edit Profile
Edit Your Profile
To edit your Lawyer Directory information, please login to your
Best Lawyers® Admin Account.
If you have any questions or need assistance, please contact us at info@bestlawyers.com or 803.648.0300.
Overview
Firm

Christine started her legal career in public service. She was a senior attorney with the Office of the Chief Counsel for Import Administration (now the Office of Enforcement & Compliance) at the U.S. Department of Commerce (DOC). There, she advised U.S. government officials on compliance with U.S. trade laws and represented the U.S. in judicial appeals domestically before courts and internationally before the World Trade Organization (WTO) and North America Free Trade Agreement (NAFTA) panels. Christine was also the lead attorney for Commerce's Office of Textiles and Apparel, drafting implementation regulations, counseling on the application and negotiation of international textile and free trade agreements. Prior to DOC, Christine served as a legal adviser for a Commissioner and Chairperson at the U.S. International Trade Commission (ITC), assisting with trade remedy decisions, responding to inquiries from Congressional members, and overseeing 337 reviews. Before pursuing her government legal service in Washington, D.C., she assisted numerous companies with their export business through the Denver US Export Assistance Center.

Her experience in export controls issues includes assisting companies with compliance matters, such as classification of encrypted technology, computer and aerospace products, navigating regulatory export reform, securing chemical registration and compliant transactions, voluntary disclosures, developing compliance programs, and obtaining export licenses and other export authorizations under the Commerce Control List of the Export Administration Regulations (EAR) and the U.S. Munitions List of the International Traffic in Arms Regulations (ITAR). She also counsels clients on U.S. sanctions and embargoes enforced by the Office of Foreign Assets Control (OFAC) and foreign investment matters before the departments of State, Commerce, Defense and Treasury.

Prior to joining Barnes & Thornburg, Christine was in private practice, where she was involved in litigating the most recent trade remedies case before the U.S. Supreme Court, Eurodif S.A. v. United States.

Additionally, Christine teaches basic and advanced level courses across the country on compliance with U.S. export control laws and regulations, such as the ITAR, EAR and OFAC restrictions.