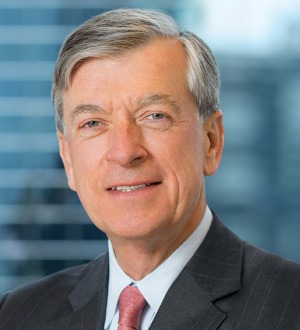 Charles W. Mulaney, Jr. focuses on mergers and acquisitions (friendly and hostile), corporate governance and corporate financings. He counsels clients on a broad range of securities and corporate matters, including disclosure issues, the duties of directors and shareholder activism. Mr. Mulaney represents special committees of directors in transactions and internal investigations. He also advises major investment banks on acquisition and financing matters and has represented issuers and underwriters in numerous public and private securities offerings.

Among the many public and private transactions he has been involved in are the representation of:

Mr. Mulaney was named Best Lawyers’ "2014 Chicago Corporate Governance Lawyer of the Year" and "2013 Chicago Mergers & Acquisitions Lawyer of the Year." He repeatedly has been listed in Chambers Global: The World’s Leading Lawyers for Business, Chambers USA: America’s Leading Lawyers for Business, The Best Lawyers in America, The International Who’s Who of Corporate Governance Lawyers and Crain’s Chicago’s Who’s Who list. Mr. Mulaney also was named a "Client Service All-Star" by The BTI Consulting Group in its 2014 Client Service All-Stars report.