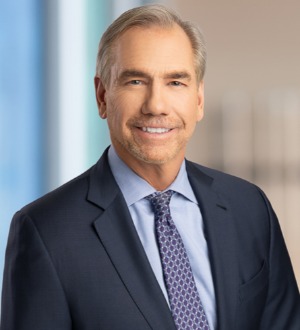 Charlie Frazier’s successful argument before the Supreme Court of the United States is just one highlight in a distinguished appellate practice in both federal and state courts. For over 32 years, Charlie has assisted trial lawyers with legal strategy and handled appeals in variety of matters, including complex commercial disputes, insurance-related issues, and professional-malpractice claims. Charlie has argued many cases before the United States Court of Appeals for the Fifth Circuit and the Texas Supreme Court, and has appeared in all 14 intermediate Texas courts of appeals.

Charlie’s work with insurance clients sometimes takes him to London, bringing back fond memories of his time at the University of Kent at Canterbury as a Rotary International Foundation scholar, through which he earned a Master's Degree in International Relations.

Charlie frequently writes and speaks on a variety of topics. He has authored book chapters on the effect of a party's bankruptcy on an appeal in A Defense Lawyer's Guide to Appellate Practice (DRI 2004); on Texas supersedeas law in Superseding and Staying Judgments: A National Compendium (ABA TIPS 2007); and on supersedeas and motions in appellate courts in Texas Practitioner’s Guide to Civil Appeals.

Since 2009, Charlie has been listed in Best Lawyers in America in Appellate Law, and has been featured as one of the top 100 appellate-litigation attorneys in Texas in Texas Super Lawyers.  He is a member of the by-invitation-only Federation of Defense and Corporate Counsel, which assists in establishing standards for providing competent, efficient, and economical legal services, as well as to encourage and provide for its members’ continuing legal education.

Charlie is Board Certified by the Texas Board of Legal Specialization in Civil Appellate Law.