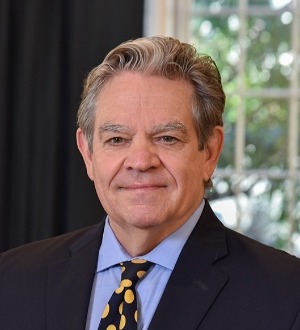 As one of New Hampshire's foremost trial attorneys and mediators, Charlie concentrates his practice in the areas of:

Charlie has been selected for inclusion in The Best Lawyers in America® in the fields of Arbitration and Mediation for many years, and Best Lawyers further recognized him as "Lawyer of the Year" 2015 for Mediation, Concord, NH. He is also listed bySuper Lawyers in the area of Civil Rights.

He has over 30 years of civil litigation experience in New Hampshire. Charlie has served as a member of the New Hampshire Bar Association Ethics Committee, Dispute Resolution Committee and Mentor Program. He also has served on the federal court and state court mediation programs.

He was born and raised in Philadelphia, and in Camden and Cherry Hill, New Jersey. While Charlie was an NCAA wrestler in college, he now enjoys more leisurely activities such as gardening, travel and LSU football. Charlie tried, briefed and argued Rumery v. Town of Newton 480 U.S. 386 (1987), which is the seminal case on police “release-dismissal” practices in the United States.