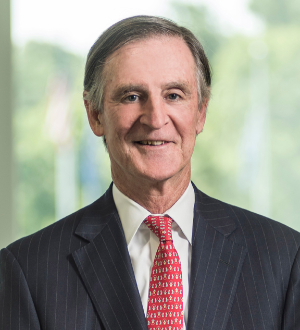 Charles M. Strain served as Farrell Fritz’s managing partner from 2001-2015.  He concentrates in corporate, finance and real estate law on behalf of large and small corporations and businesses. Mr. Strain represents financial institutions in lending transactions with respect to regulatory and compliance issues, and health care providers in contract negotiations, real estate transactions, and regulatory matters.  He also serves as general counsel to a number of  closely-held corporations and not-for-profit organizations of all types, including religious corporations.

Mr. Strain is a leader in the community and is actively involved in many civic organizations. He was elected Chairman of Winthrop-University Hospital’s Board of Directors in 2006 and continues to serve in that capacity. He also serves on the boards of the Long Island Association, Family and Children’s Association, the Winthrop South Nassau University Health System, Inc. and Accelerate Long Island, Inc., as well as on the Joint Planning Committee of  the Long Island Health Network.  He formerly served on the Council of Overseers of the Tilles Center f or the Performing Arts, on the Board of Governors of St. John’s University and on the Boards of Sacred Heart Academy and the New York State Health  Foundation.

Mr. Strain was selected by his peers for inclusion in The Best Lawyers in America in 2017 in the field of Health Care Law. In 2010-2012 and 2014, he was named to Long Island Press’ list of the 50 most influential Long Islanders.