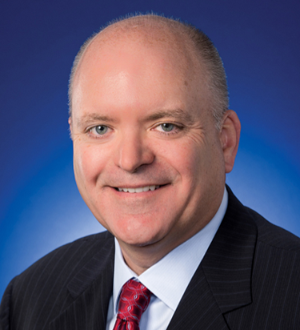 Years In Practice
Phone Number (317) 916-1300
Mr. Baldwin has over 25 years of experience as an advocate for management in all aspects of labor and employment law matters. He devotes his practice to representing employers involving: EEO, ERISA, and wrongful discharge claims; labor arbitrations; NLRB proceedings; wage and hour disputes; union avoidance; employment contracts; non-competition/trade secret disputes; and, class and collective actions. Mr. Baldwin frequently consults with and trains employees on employment practices and policies, union avoidance and litigation avoidance.  As a trial lawyer, Mr. Baldwin served as lead counsel in defending employers at trial and on appeal in class/collective actions, multi-plaintiff and individual lawsuits arising out of every conceivable type of workplace dispute. AIAM and AAMA selected him as Counsel for Amici Curiae in a case of first impression under the Americans with Disabilities Act. For many years, Mr. Baldwin served as the Seventh Circuit Editor for the “Employment & Labor Relations Litigation Newsletter” of the ABA. He was a contributing author for the first and second edition of “Model Jury Instructions: Employment Litigation,” published by the Litigation Section of the ABA. The Indiana Chamber selected Mr. Baldwin to co-author: “Indiana Guide to Preventing Workplace Harassment;” “Interviewing Guide: Designed to Assist Indiana Employers with Hiring and Retaining Employees;” and, “Managing Employees Leaves of Absence.” Mr. Baldwin was a contributing editor to the Indiana Chambers’ newsletter H R Notes from 2005 to 2011.Comments of others, particularly clients, best describe Mr. Baldwin’s legal skills and experiences. In its 2006 Client Guide, Chambers USA described Charles Baldwin as: “a successful litigator . . .  experienced in acting as national counsel in employment litigation cases.” In its 2007 Client Guide, Chambers USA, praised Mr. Baldwin for his: “responsiveness and commitment.” In its 2008 Client Guide, Chambers USA stated: “his role as counselor to his clients also comes highly rated.” In its 2009 Client Guide, Chambers USA described Chuck Baldwin by stating, “clients admire his “calm approach, great knowledge and true dedication.” In its 2010 Client Guide, Chambers USA reported: “Charles Baldwin is renowned for his labor work, with clients commenting that “he has vast knowledge of the law and gives us great guidance;” “He is very intelligent and knowledgeable on the subject, and is always successful.”Chuck Baldwin received an “Excellent” rating from the Association of Corporate Counsel (ACC).  Clients described Mr. Baldwin as follows in the ACC Value Index: “practical, efficient and business-oriented.  He understood what we were trying to accomplish and he helped us get there.  Chuck does excellent work.” The Indiana Chamber of Commerce chose Mr. Baldwin as Volunteer of the Year for 2001 and in 2000 was appointed to the Indiana Chamber’s Board of Directors. Chambers USA Leading Business Lawyers in the USA selected Mr. Baldwin as one of the top labor and employment lawyers in Indiana (2004 to present); Mr. Baldwin is also honored by the following organizations: Best Lawyers in America (2007 to present), Indiana Super Lawyers (2004 to present) and The International Who’s Who of Management Labour & Employment Lawyers (2010 to present). In 2009, Mr. Baldwin was inducted into the College of Labor and Employment Lawyers, a non-profit professional association honoring the leading lawyers nationwide in the practice of labor and employment law.
What legal services does this lawyer offer?
Business Management
Employment Law - Management
Labor Law - Management
Awards
Contact Details and Office Locations
Other: (317) 916-1300
111 Monument Circle, Suite 4600
Indianapolis, Indiana 46204
Indianapolis, Indiana 46204
See Location