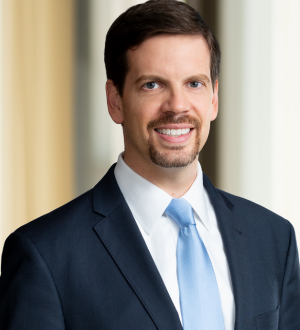 Chad Stover represents clients in Delaware’s federal and state courts, and in courts across the country. He is a frequent first-chair trial attorney with a knack for making complex technical and factual problems understandable to juries, judges, and clients.

Known for building focused and persuasive arguments for his clients, Chad recently obtained early summary judgment in a patent litigation brought in the Southern District of New York against ACCO Brands. He then successfully defended the decision before the Federal Circuit.

In another recent case, Chad’s deposition of the other side’s expert witness, and the use of that testimony in a summary judgment motion, was part of a favorable resolution of a hotly contested competitor-on-competitor patent case in the District of Massachusetts.

While Chad’s practice is national in scope, many of his cases are before Delaware’s esteemed federal and state courts. Chad has successfully resolved litigation involving millions to hundreds of millions of dollars in value in all three of Delaware’s top courts – the District of Delaware, the Court of Chancery and Delaware Superior Court. Chad’s clients include other lawyers and law firms seeking Delaware counsel.