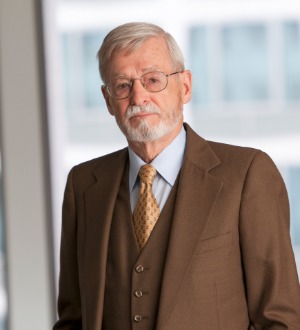 Mr. Savage joined Ivins, Phillips & Barker's in 1963. Since 1968, before the development and enactment of ERISA, Mr. Savage’s practice has focused primarily on the benefits field for many years. He has been the senior partner in the firm’s Executive Compensation and Benefits practice.

Mr. Savage has had extensive experience in advising clients on plan design and operational matters and in handling a comprehensive spectrum of legislative, regulatory, and compliance and controversy issues over the entire range of the employee benefits field, including qualified retirement and savings plans, cash balance plans, employee stock ownership plans, foreign pension plans, stock options and executive compensation, and welfare benefits. He testified before Congress during the hearings leading to the development of ERISA and on several occasions in the years immediately thereafter during which he took a leading role in engineering the amendments to the Internal Revenue Code in 1978 that gave rise to 401(k) plans and cafeteria plans. Mr. Savage also has had wide experience in foreign and cross-border issues affecting benefit plans and executive compensation.

Mr. Savage attended Harvard Law School, where he served on the Board of Editors of Harvard Law Review, receiving his J.D., magna cum laude, in 1963. He previously received a B.A. in Political Science, optime merens, from the University of the South (Sewanee), and an M.A. in International Economics from the Fletcher School of Law & Diplomacy. Mr. Savage is a member of the Employee Benefits Committee of the Tax Section of the American Bar Association, the District of Columbia Bar and the Bar Association of the District of Columbia.
What legal services does this lawyer offer?
Employee Benefits (ERISA) Law
Contact Details and Office Locations
Office: (202) 393-7600
1717 K Street, NW, Suite 600
Washington, District of Columbia 20006-5343
Washington, District of Columbia 20006-5343
See Location