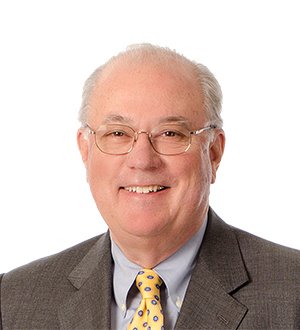 Recognized by Best Lawyers® since 1989.
271 Seventeenth Street, NW, Suite 1900 Atlanta, Georgia 30363
(404) 888-3800
|
lharrison@fordharrison.com
Firm: FordHarrison
|  Website
Edit Profile
Edit Your Profile
To edit your Lawyer Directory information, please login to your
Best Lawyers® Admin Account.
If you have any questions or need assistance, please contact us at info@bestlawyers.com or 803.648.0300.
Overview
Firm

Lash Harrison has more than 50 years of experience representing management in all aspects of employment and labor law.

During those 50 years he has represented employers in almost every state and in a variety of industries.

From the firm's inception in 1978 with 14 lawyers, until December of 2017, Lash served as its Managing Partner. He oversaw the growth of the firm in recent years and FordHarrison is now one of the largest labor and employment law firms in the United States.

Lash has received several ‘top attorney' honors, including being named to the Hall of Fame of Human Resources Executives' 100 Most Powerful Employment Attorneys list. Lash also serves as chairman of the Executive Committee.