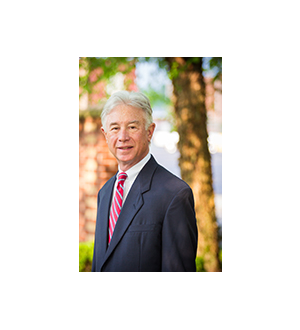 Recognized by Best Lawyers® since 2013.
310 North Main Street Clinton, Tennessee 37716
(865) 457-6440
|
Firm: Fox Farley Willis and Burnette, PLLC
|  Website
Edit Profile
Edit Your Profile
To edit your Lawyer Directory information, please login to your
Best Lawyers® Admin Account.
If you have any questions or need assistance, please contact us at info@bestlawyers.com or 803.648.0300.
Overview
Firm

Bruce has practiced law for over forty years, and has tried over 125 state and federal jury trials to completion, and has tried over 400 nonjury cases as well.  Most of his clients are referrals from past clients and other attorneys, and many of Bruce’s clients have sought his counsel and representation on a repeated basis over the years and decades.

Bruce grew up in Clinton, Tennessee.  At home in the hills of rural East Tennessee, Bruce’s physical surroundings were humble, but he was rich in the love of his parents and family. From them, he learned the value of hard work, integrity, and fairness.

He is a current Master of the Bench of the Hamilton Burnett American Inn of Court in Knoxville.  He is one of approximately 100 Tennessee lawyers selected for membership by the American Board of Trial Advocates (ABOTA). In 2011 he received the Paladin Award for East Tennessee from the Tennessee Trial Lawyers Association. The award recognizes TTLA members who achieve outstanding results for a client despite great obstacles, and who work to protect the civil justice system.

Bruce is a frequent speaker and lecturer to attorneys and judges at seminars and legal education forums throughout the Southeast and Midwest.  He has taught on topics ranging from underinsured and uninsured motorist coverage to Tennessee Workers’ Compensation Law to automobile and truck accident law.

In early 2008, Tennessee Governor Phil Bredesen appointed Bruce to serve as a member of Tennessee’s Workers’ Compensation Advisory Council, and Governor Bill Haslem re-appointed him in 2011.  Bruce works in this capacity to shape legislative policy and law applicable to the rights of injured workers in Tennessee.

Bruce is married to Mary Jane Fox and lives in Knoxville, Tennessee.  He has six grown children, seven grandchildren, and two more on the way.  Away from work, Bruce spends time with his family, enjoys traveling, and has traveled extensively throughout Europe. He is an avid snow skier, hunter, golfer, and dotes on his beloved Labrador retrievers, Ty and Woodrow, which he runs and handles in AKC Hunt Tests and Field Trials.