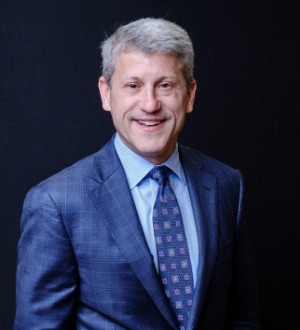 Brian D. Katz is a partner of Herman, Herman & Katz, L.L.C. Mr. Katz attended the University of Alabama, where he was the President of the College of Communication (1990-1991) and Zeta Beta Tau fraternity (1989-1991), as well as a member of the Blue Key Honor Society and the Order of Omega. After receiving his B.A. from the University of Alabama, Mr. Katz attended Tulane University School of Law, where he received his J.D. in January of 1996. While at Tulane, Mr. Katz clerked for the Orleans Parish Juvenile Indigent Defender’s Office and at HH&K. Immediately upon graduation, he joined his father, Morton H. Katz, in the family practice.

Mr. Katz is also heavily involved in civic work and serves on the boards of the Jewish Federation of Greater New Orleans and the Jewish Community Center. Mr. Katz served as President of the Jewish Community Center from 2011 to 2013, and Chair of its Capital Campaign which concluded in 2016. Mr. Katz was Co-chair for the Jewish Federations of North America National Young Leadership from 2011 to 2012. Over the years, he has been acknowledged for his volunteer efforts and has received several awards for his civic work such as the Anne Goldsmith Hanaw and J. Jerome Hanaw Tikkun Award (2004), John N. Weinstock Leadership Award (2005), Maurice Feingertz Memorial Leadership Award (2006), the Esther Leah Ritz Next Generation of JCC Leadership Award (2006), and was selected to the United Way of Southeast Louisiana’s Alexis de Tocqueville Society (2013).