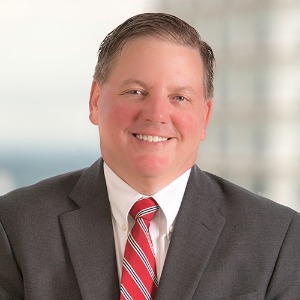 A trial attorney, Brian Butler has tried over 100 jury trials. Most recently, Brian had his own firm where he handled high-profile criminal defense cases, including white collar cases, in United States District Courts in Kentucky and Indiana as well as in state trial courts throughout Kentucky and Indiana. He is intimately familiar with complex federal investigations including those involving corporations and their employees. Before entering private practice, Brian served as an Assistant United States Attorney for the Western District of Kentucky where he prosecuted a variety of federal crimes. Prior to joining the United States Attorney’s Office, Brian was a supervisor at the Commonwealth Attorney’s Office in Louisville where he primarily prosecuted high-profile homicide cases. Brian started his legal career as a United States Navy Judge Advocate where he served as both a prosecutor and defense attorney.

Brian’s success as a trial attorney has been widely-reported including being the subject of a front page profile piece by the Louisville Courier-Journal. He routinely serves as a legal analyst for Louisville television stations and the Louisville Courier-Journal. He served for many years as an adjunct professor for trial advocacy at the University of Louisville and a guest trial advocacy instructor at the National Advocacy Center in Columbia, South Carolina. He has conducted numerous trial focus groups on behalf of civil litigants. In 2021, he was appointed by the federal bench in the Western District of Kentucky to be the Criminal Justice Act panel representative in connection with indigent defendants obtaining quality legal representation in United States District Court.

Brian started his legal career as a Judge Advocate General with the United States Navy (1995-98). He then joined the Commonwealth of Kentucky Attorney's office (1999-2004) as Assistant Commonwealth Attorney and Chief of a General Trial Unit where he prosecuted and tried numerous murder cases while also supervising multiple prosecutors and staff as Chief of the General Trial Unit (2002-04); prosecuted crimes against children and domestic violence cases (1999-2001); and was selected to serve as adjunct faculty at the National Advocacy Center in Columbia, South Carolina, where he taught trial advocacy to prosecutors from every jurisdiction in the U.S. (2000-04). Brian then joined the United States Attorney's Office (2004-06) as Assistant U.S. Attorney where he prosecuted federal crimes including drug trafficking, Title III (wiretap) cases, firearms cases, violent crimes and numerous other federal crimes; successfully tried multiple jury trials; redrafted and assisted in implementing the U.S. Attorney's Office's policy for selecting and prosecuting gun crimes and served as the Gang Crimes Coordinator for the Western District of Kentucky. After leaving the public defense practice, he was a Member of Dathorne & Butler (2007-20) where he was a successful trial attorney. Brian has served as a legal expert for local television and print media.