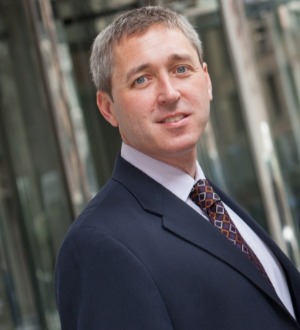 Booth Ripke has 20 years of experience as a criminal defense litigator. He has successfully defended a full range of cases - from major federal felonies to state court misdemeanors. His advocacy was critical in winning the release of Walter Lomax (who had been wrongly imprisoned for 39 years), and Andrew Stewart (who was innocent and had been incarcerated for 36 years), and winning an Actual Innocence Petition for George Seward, and obtaining a new trial in a first-degree murder case for Brian Tate.Mr. Ripke's practice is primarily focused on white collar and post-conviction criminal matters. He also focuses on appellate litigation in Maryland state and federal courts, the District of Columbia, and the Fourth Circuit, as well as the defense of professional licenses. Mr. Ripke has represented numerous attorneys before either the Maryland Attorney Grievance Commission, Bar Counsel of the District of Columbia, and in Rule 11 proceedings in federal court. He regularly defends issues like the unauthorized practice of law, questions involving alleged breaches of financial obligations, attorneys who have received formal complaints from judges, and attorneys facing possible professional repercussions arising from criminal convictions.

Mr. Ripke is a graduate of the Maryland State Bar Association's Leadership Academy program. He has taught Legal Research and Writing at the University of Maryland School of Law. In 2003, Mr. Ripke was voted the Adjunct Professor of the Year at the University of Maryland School of Law, where he had lectured on pre-trial litigation and appellate practice. Mr. Ripke was elected in 2007 to become a Fellow of the Maryland Bar, an honor reserved for only 1% of the members of the state bar. Mr. Ripke served as the 2012-2013 Chairperson of the Correctional Reform Section Council for the Maryland State Bar Association. He recently led a panel discussion at the Mid-Atlantic National Lawyers' Guild Conference.

Mr. Ripke is an honors graduate of the University of Maryland School of Law (1998), and graduated Order of the Coif with a fellowship in the study of mental health law. He received a Masters of Education degree (1992) from the Pennsylvania State University in Counseling and a Bachelor of Science degree (1991) from the University of Florida, with high honors.

Mr. Ripke was also selected for inclusion in the Best Lawyers of America (2018-2021) for White Collar Criminal Defense.

When he finds time to relax, Mr. Ripke enjoys spending time with his family, hosting weekend camping trips, and following the year-long obsession that is Florida Gator football.