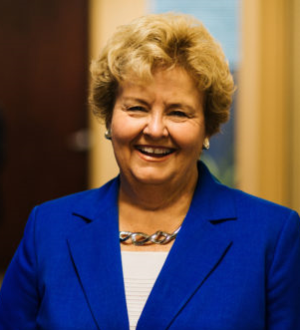 Betty has earned a national reputation for her focus on protecting consumers. As Attorney General, she received national recognition for excellence in service and advocacy in many areas including legal work before the U.S. Supreme Court. She served as co-chairperson of the NAAG Consumer Protection Committee for four years and in 2000, her Consumer Protection Section, headed by Helen Mac Murray, was recognized as the most outstanding consumer protection agency in the country by the National Association of Consumer Agency Administrators.

In addition to her legal and consulting work, Betty also serves on the Ohio Women’s Bar Foundation, the Capitol Square Foundation, the JobsOhio Beverage System Board and the Ohio Venture Capital Authority. She chairs The Jo Ann Davidson Ohio Leadership Institute and serves on the Board of Bowling Green State University.