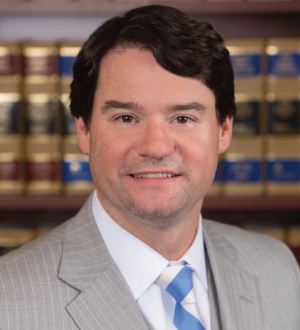 Benjamin T. Cochran, a Board Certified Specialist in NC Workers’ Compensation Law, is the Managing Partner at Hardison & Cochran. Mr. Cochran’s undergraduate years were spent at UNC Chapel Hill where he obtained majors in Economics and African American Studies. He then went on to complete his Juris Doctorate degree at the Norman Adrian Wiggins School of Law at Campbell University.

In his time of representing the injured of North Carolina, Mr. Cochran has acquired many accolades which speaks to the level of legal representation he provides his clients. More notable ones include being selected by his peers for inclusion in the Best Lawyers in America© in the field of Workers’ Compensation - Claimants in 2014 and 2015, listed in the North Carolina Super Lawyers Magzine as a Rising Star honoree from 2010 to 2014 and then being listed in the same publication as a North Carolina Super Lawyer honoree in 2015. Mr. Cochran was also elected to a term on the North Carolina Workers’ Compensation Section Council from 2011 to 2014.