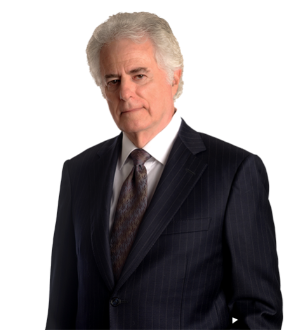 Recognized by Best Lawyers® since 2006.
101 East College Avenue Tallahassee, Florida 32301
(850) 222-6891
|
Firm: Greenberg Traurig LLP
|  Website
Edit Profile
Edit Your Profile
To edit your Lawyer Directory information, please login to your
Best Lawyers® Admin Account.
If you have any questions or need assistance, please contact us at info@bestlawyers.com or 803.648.0300.
Overview
Firm

Recognized by The National Law Journal in 2006 as one of the "100 Most Influential Lawyers in America," Barry Richard has been identified as a lawyer with the power to "shape public affairs, launch industries, shake things up and get things done." He is listed as a top litigation and appellate lawyer in Chambers and Partners USA Guide, four and three years running, respectively. Barry, who was selected as one of two National Law Journal "Lawyers of the Year" in 2001, has been noted for his "national reputation for compelling advocacy." The New York Post has referred to the "trademark clarity and forcefulness" of his argument and CBS anchor Dan Rather called his nationally televised argument before the Florida Supreme Court in the 2000 Bush-Gore litigation "brilliant."

Barry begins each representation with a careful analysis of the case both factually and legally to formulate strategy and tactics that maximize his client's strengths and opponent's weaknesses. He has assembled a core team of trial lawyers that routinely works together and with attorneys from the firm's other offices and associated firms to handle complex commercial trials and manage massive discovery efforts that cross multiple jurisdictions and countries. Some of the matters handled by his team include the representation of Alliance Capital Management Corp. (n/k/a Alliance Bernstein) in a $3 billion action brought by the Florida Board of Administration, the representation of the Royal Bank of Canada in the multibillion dollar Enron shareholder class action pending in the Southern District of Texas, and the representation of Anheuser-Busch in a $5 billion action brought by a former distributorship.

Barry concentrates his practice, both jury and non-jury, in the fields of complex commercial litigation, appellate law, state and federal constitutional law, and government and election law. He is licensed to practice in Florida, New York and the District of Columbia, and has been admitted pro hac vice as lead counsel in state and federal courts throughout the United States.

Recognized in the 2012 edition of The Best Lawyers in America for his appellate practice, Barry has argued three major cases before the United States Supreme Court, numerous cases before the Florida Supreme Court, and all lower state and federal appellate courts in Florida. He has argued many of the significant constitutional cases both in Florida and nationally over the past two decades. Barry has argued more than 250 appellate cases nationally and has obtained appellate decisions in cases involving some of the most constitutional questions and some of the largest judgments in Florida history.

Barry's honors include selection as a Fellow in the American College of Trial Lawyers, which limits its membership to one percent of the lawyers in each state and Canadian province, and the International Academy of Trial Lawyers, which limits its membership to 500 lawyers in the United States. In addition, he has been retained for more than two decades by The Florida Bar as its general litigation counsel, and has been retained by the Florida Academy of Trial Lawyers to represent it before the Florida Supreme Court.