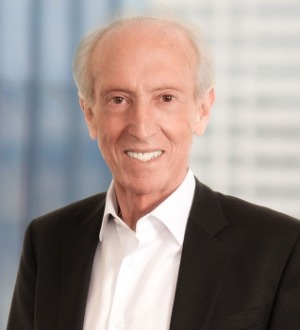 Recognized by Best Lawyers® since 2001.
3000 Two Logan Square, 18th and Arch Streets Philadelphia, Pennsylvania 19103-2799
(215) 981-4000
|
Firm: Troutman Pepper
|  Website
Edit Profile
Edit Your Profile
To edit your Lawyer Directory information, please login to your
Best Lawyers® Admin Account.
If you have any questions or need assistance, please contact us at info@bestlawyers.com or 803.648.0300.
Overview
Firm

Barry represents issuers, underwriters and investors in public and private offerings of equity and debt securities and acquisitions and dispositions of public and private companies. Boards of directors, independent board committees and the senior management of companies also rely on Barry for strategic, governance, disclosure and transactional matters.

Barry serves on the board of Operation Warm, which distributes new winter coats to needy children nationally.

Barry received the Judge Learned Hand Award from the Philadelphia Chapter of the American Jewish Committee in 2004, in recognition of his professional achievements and his dedicated leadership and commitment to the community. He received the Blair Thompson Lifetime Venture Award from the Mid-Atlantic Capital Alliance in 2007, in recognition of his role in furthering the region’s venture capital interests.

Barry is listed in The Best Lawyers in America and has been named by Best Lawyers as the Philadelphia “Lawyer of the Year” for Mergers and Acquisitions (2019, 2013 and 2010), Corporate Governance (2014), Securities/Capital Markets (2011) and Corporate (2009). He is highly ranked as a Senior Statesperson for corporate, M&A, private equity and securities matters in Chambers USA: America’s Leading Lawyers for Business.

He is counsel with Troutman Pepper, and formerly was the chairman of the Executive Committee of Pepper Hamilton.