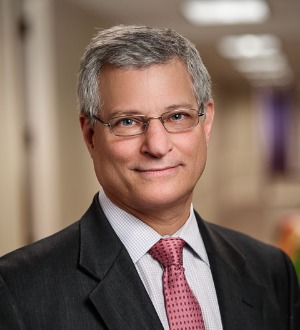 Andrew R. Lubin practices primarily in the areas of commercial real estate and commercial finance law providing clients with counsel and representation in connection with the wide array of issues presented by real estate acquisition, ownership, development, financing and leasing.

In connection with his real estate practice, he assists clients in all aspects of retail, commercial, office and industrial properties, including acquisition, financing, leasing (landlord and tenant), management and disposition. Attorney Lubin heads the firm’s real estate practice group, which is rated by “Best Law Firms” as Metropolitan Tier 1.

In connection with his commercial finance practice, Attorney Lubin provides comprehensive legal services to regional and national financial institutions and others in structuring, documenting and negotiating numerous types of financing transactions. These transactions include commercial real estate loans, construction loans, asset-based loans, and commercial loans, as well as working-out and restructuring troubled credit. In addition to his traditional lending roll, Attorney Lubin has developed a subspecialty in closing both SBA 7a and 504 Loans and is one of only four practicing lawyers in the State of Connecticut who have received a “Designated Attorney” certification from the U.S. Small Business Administration.

Attorney Lubin is an elected Fellow of the American College of Real Estate Lawyers (former Vice Chair, Leasing Subcommittee) and the American College of Mortgage Attorneys. He has been listed in Best Lawyers in America in the practice area of real estate law since 2001 and named as that publication’s "New Haven Real Estate Law Lawyer of the Year" for 2014. He is listed in Chambers USA and Who’ Who Legal (WWL). In addition to being included on the Connecticut and New England Super Lawyer's lists since their inception, he was named to Connecticut's Super Lawyers’ Top 50 lawyer list for 2007 and 2010.

Attorney Lubin received his B.A. from Clark University and his law degree from the John Marshall Law School, with distinction.