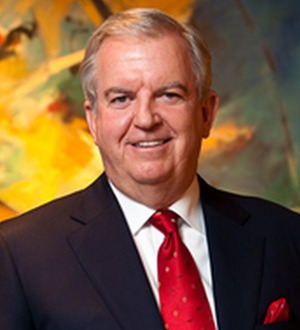 Recognized by Best Lawyers® since 1991.
15 Prioleau Street Charleston, South Carolina 29401
(843) 720-7470
|
Firm: Savage Law Firm
|  Website
Edit Profile
Edit Your Profile
To edit your Lawyer Directory information, please login to your
Best Lawyers® Admin Account.
If you have any questions or need assistance, please contact us at info@bestlawyers.com or 803.648.0300.
Overview
Firm

Mr. Savage was born in Kingston, New York.  He received a Bachelor of Arts Degree from Fordham University and a Juris Doctor Degree from the University of South Carolina.

Mr. Savage was an Assistant Solicitor in Richland County before being appointed Chief Trial Counsel for the Criminal Division of the South Carolina Attorney General’s Office.

Mr. Savage entered private practice in 1981 and  represents clients in the criminal courts,  before professional licensing boards and also handles select civil cases.  He was the first criminal defense attorney in South Carolina to be Board Certified by the National Board of Trial Advocacy.  He has been named yearly since its inception in Super Lawyers magazine as “Best of the Best”.  He has received an “AV Preeminent” peer review rating from Martindale Hubbell and yearly recognition in multiple categories in “The Best Lawyers in America” since 1991.  He is a Fellow of the American College of Trial Lawyers and the American Board of Criminal Lawyers.  In 2018 The American College of Trial Lawyers presented Mr. Savage with its highest individual award, the Griffin Bell Award for Courageous Advocacy.  He is only the 15th recipient of this award in the past 54 years.  He is a former legal analyst for the Charleston CBS affiliate, and hosted the Emmy Award winning The Savage Report.  His practice and his cases have been featured in national publications and prime time television specials.

A former two -term member of Charleston County Council and a retired Air Force Reserves Lieutenant Colonel, he recently retired from the Charleston County Aviation Authority Board where he served as Chairman.  He is currently working with City of Charleston Police Chief Luther Reynolds on a legislative initiative to expand and improve training opportunities for Lowcountry law enforcement officers.

Mr. Savage is married to the former Cheryl von Lehe.  They have four children and ten grandchildren.