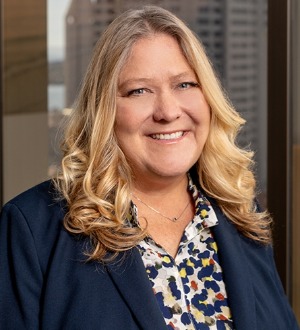 Recognized by Best Lawyers® since 2021.
225 Broadway, Suite 2050 San Diego, California 92101
(619) 342-8000
|
Firm: Haeggquist & Eck, LLP
|  Website
Edit Profile
Edit Your Profile
To edit your Lawyer Directory information, please login to your
Best Lawyers® Admin Account.
If you have any questions or need assistance, please contact us at info@bestlawyers.com or 803.648.0300.
Overview
Firm

Haeggquist & Eck partner and trial attorney Amber Eck is a tenacious advocate for employees, consumers and shareholders, and has been for the past 24 years. Amber has taken cases to trial in both state and federal court as lead trial attorney, and has recovered millions of dollars for her clients in settlements, including multiple six- and seven-figure settlements. Amber doesn’t shy away from high-profile defendants — a fact well-illustrated by her role as co-lead counsel in the well-publicized class action against President Donald Trump and Trump University, which settled for $25 million. For her work in the case, which spanned seven years, Amber and her partners took no fees. In 2016, the Trump University settlement was deemed one of California’s Top 50 Class Action Settlements.

Amber is dedicated to providing pro bono legal assistance to underserved populations. She is a current member of the Southern District of California’s Pro Bono Panel, and just this year was lead trial counsel representing an inmate in a jury trial for violation of his 8th Amendment rights.  She is also a member of the Lawyers Club of San Diego Human Trafficking Collaborative. She previously received the SDVLP Distinguished Service Award for her pro bono work in the case Sanchez v. County of San Diego (alleging searches of welfare applicants’ homes were unconstitutional); and the Wiley M. Manuel Pro Bono Service Award for her work in Badua v. City of San Diego (contending that the City’s long-term disability policy unlawfully discriminated against employees with mental disabilities).