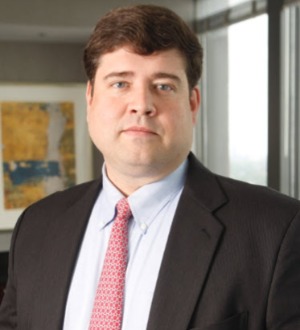 Recognized by Best Lawyers® since 2020.
700 Louisiana Street, Suite 2300 Houston, Texas 77002
(713) 547-9100
|
Firm: Hicks Thomas LLP
|  Website
Edit Profile
Edit Your Profile
To edit your Lawyer Directory information, please login to your
Best Lawyers® Admin Account.
If you have any questions or need assistance, please contact us at info@bestlawyers.com or 803.648.0300.
Overview
Firm

Allen Rustay has more than 20 years of experience representing plaintiffs and defendants at both the state and federal level, as well as arbitrations and appeals. He concentrates his practice in commercial litigation, with a focus on matters involving energy, oil and gas, and business and maritime disputes. He has extensive experience litigating cases involving breaches of fiduciary duty and the theft of trade secrets.

After attending Washington & Lee University, where he received his undergraduate degree, Mr. Rustay earned his law degree from Baylor Law School. While there, he served as Notes and Comments editor for the Baylor Law Review. He was also a member of the Barristers and Vice President of the Moot Court Society. He’s licensed to practice in Texas, the United States District Courts for the Northern, Southern, Eastern, and Western Districts of Texas, and the United States Court of Appeals for the Fifth Circuit.

Mr. Rustay has repeatedly been recognized for his achievements. He was named a Texas Rising Star by Thomson Reuters from 2004-2011 and earned selection to Texas Super Lawyers from 2012-2019.