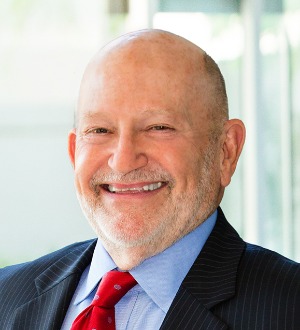 With a legal career that’s spanned nearly 50 years, Al Ellis is known for his leadership, integrity and service to the community. As Of Counsel at Sommerman, McCaffity, Quesada & Geisler, L.L.P., his practice focuses on personal injury, product liability, medical malpractice litigation and mediation. Board Certified in Personal Injury and Civil Trial Law by the Texas Board of Legal Specialization, Mr. Ellis is a vigorous advocate for those he represents. Over his career, he’s tried more than 175 jury trials to verdict.

Mr. Ellis serves as Community Outreach Facilitator of the UNT Dallas College of Law. He is an active member in several prestigious legal organizations, including the International Academy of Trial Lawyers, the American Board of Trial Advocates, the Dallas Bar Association, the State Bar of Texas and the Texas Trial Lawyers Association. Mr. Ellis also strives to give back to the community, having participated in organizations such as Dallas Council on Alcoholism, Dallas All Sports Association, Law Focused Education, Inc., Legal Services of North Texas, Dallas Legal Hospice, Dallas Area Habitat for Humanity, Carter Work Project Habitat for Humanity International and the Salesmanship Club of Dallas.

In 2019, Mr. Ellis received the honor of being named a DTLA Legal Legend, the first year DTLA has given this award. The 2019 Legends have been in practice for more than 40 years and have dedicated their careers to achieving justice for those who have been harmed.

After graduating from the University of Texas at Arlington, Mr. Ellis served as a U.S. Army Airborne Infantry officer in Vietnam. When he returned home, he attended Southern Methodist University, where he received his Juris Doctor. While there, Mr. Ellis was Student Chief Counsel for the SMU Legal Clinic and a member of the Board of Editors for the Journal of Air Law and Commerce. Mr. Ellis is licensed to practice in Texas, as well as the United States District courts for the Eastern, Northern, Southern and Western districts of Texas. He is also licensed to practice before the United States Court of Appeals for the Fifth Circuit and the United States Supreme Court.