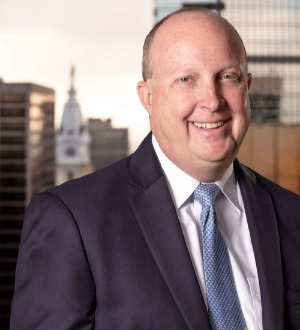 Alfred J. Carlson is a partner at Martin Law. Al has been a litigator in Pennsylvania workers’ compensation law since passing the bar in 1992 and joined his partners at Martin in 2000 to represent injured workers. He previously practiced at a leading defense firm in Philadelphia, representing international corporations, major insurance companies and state and local government agencies in Pennsylvania workers’ compensation cases. In the spring of 2013, Mr. Carlson was among the first class of attorneys to become a certified specialist in Pennsylvania Workers’ Compensation by the PA Bar Association’s Section on Workers’ Compensation Law as authorized by the PA Supreme Court.

In addition to maintaining an active case load, Mr. Carlson is a frequent guest lecturer at Villanova University School of Law in the area of Pennsylvania workers’ compensation. Al served as a faculty member for a Continuing Legal Education (CLE) course entitled “I Know What you Did Last Weekend: Use of Social Media in Workers’ Compensation Litigation” in March 2014. He has also published numerous articles on the subject. Mr. Carlson served as a Co-Chair in 2008 for the Philadelphia Bar Association’s Workers’ Compensation Section and also served as the legislative liaison. He was elected to the Board of Directors for the Philadelphia Trial Lawyers Association in June 2010. Mr. Carlson was also selected to serve a two year term on the Nominating Committee of the Philadelphia Trial Lawyers Association in April 2018.

Late in 2014, a groundbreaking decision was handed down in a case represented by Mr. Carlson: The Pennsylvania Commonwealth Court issued an affirmative ruling on a case it previously denied in 2011, after the Supreme Court of Pennsylvania vacated that first decision earlier in 2014. The ruling now awards Al’s client, a former liquor store manager, benefits for the Post-Traumatic Stress Disorder (PTSD) he suffered when his store was robbed at gunpoint. This case was heavily covered by the press, featuring the reoccurring quote from Al, “This decision is important for expanding the ‘Payes’ ruling to retail and service workers across the state."