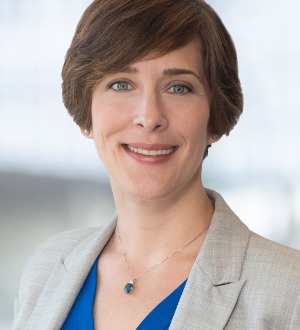 In 2018, Alexis Ronickher was recognized as a “Rising Star” by Law360 - just one of five employment lawyers nationally to earn this designation. Ms. Ronickher was honored as a top employment attorney in the 2020 and 2021 editions of Best Lawyers in America, and as a top plaintiff-side employment attorney in the 2019-2021 editions of Super Lawyers and 2020 edition of Washingtonian Magazine. Since 2013, Martindale-Hubbell has rated Ms. Ronickher “AV Preeminent,” its highest possible peer review rating.  Ms. Ronickher has successfully represented hundreds of clients in whistleblower and employment matters.

Ms. Ronickher speaks frequently about whistleblower protections, sexual harassment, and employment law, has written extensively on employment law matters, and has appeared in numerous national and local media.  In 2016, she was elected to serve on the steering committee for the D.C. Bar Association’s Labor and Employment Community, and has served as Co-Chair since 2017.Ms. Ronickher received her law degree from Stanford Law School and her undergraduate degree from the University of California, Santa Barbara.  Prior to law school Ms. Ronickher served as a legislative staffer for two U.S Congressmen.