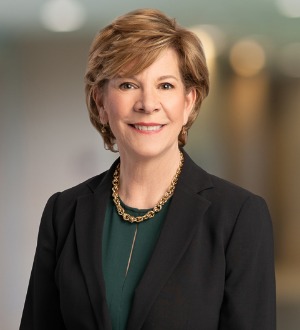 Civil procedure expert Alexandra Wilson Albright joined the firm full-time as a partner in 2017, after many years of dual service to The University of Texas School of Law and to the firm as of-counsel. Professor Albright’s career as a member of the faculty focused on federal and Texas civil procedure, and her service included many years’ as the school’s Associate Dean. Professor Albright is highly regarded as an expert in the rules of trial and appellate procedure and is Board Certified in Civil Appellate Law. Nearly three decades of work in this area—in the classroom and in courtrooms—has given her valuable insight into trial court-level action and how it impacts appellate practice.  She is respected by judges and practitioners in both federal and state courts for her wealth of experience and pragmatic approach to litigation.

Professor Albright is a member of the American Law Institute and has been a member of the Texas Supreme Court Advisory Committee on Court Rules since 1993, where she played a key role in redrafting the discovery rules that went into effect in January 1999. She is a long-time member of the Texas Pattern Jury Charge Oversight Committee and was presented a Presidential Citation by the State Bar of Texas in 2008 for her service as Reporter to the State Bar Task Force on Court Administration. She is author of the casebook “Texas Courts: A Survey” and co-author of the “Handbook on Texas Discovery Practice,” part of West's Texas Practice Series.

Professor Albright is an honors graduate of the University of the South: Sewanee and The University of Texas School of Law. She was a law clerk for Judge Thomas M. Reavley of the 5th Circuit Court of Appeals, then an associate and later partner at the firm of Thompson & Knight in Dallas, where she had a general civil trial and appellate practice.