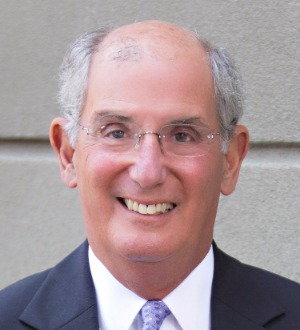 Alan Goodman is a partner in the New Orleans office, and his practice has included all areas and types of litigation, including complex commercial matters and class actions, as well as bankruptcy matters.

Alan’s professional activities have included serving as an adjunct professor at Tulane Law School; serving as chairman and vice-chairman of various committees and subcommittees of the American Bar Association; being active in a leadership role locally and nationally in the Anti-Defamation League (e.g., Regional Board Chairman; Vice-Chairman, National Legal Affairs Committee; National Executive Committee); and serving on Governors’ and Mayors’ task forces and trade missions. He is a member of the bars of Louisiana and Washington, D.C.

He graduated from Georgetown University Law Center in Washington, D.C. where he served as the Articles Editor for the Georgetown Law Journal and was selected as "Best Editor” of the Law Journal.

He served as a law clerk for the Honorable Charles Fahy on the United States Court of Appeals for the District of Columbia Circuit and practiced law at Covington & Burling in Washington, D.C. for four years before returning home to New Orleans in 1975.

Alan has been recognized by Chambers USA: America’s Leading Business Lawyers; Best Lawyers in America®; and Louisiana Super Lawyers®. He has also been named in “Top Lawyers of New Orleans” and “Top 50 Attorneys in New Orleans” and is a Fellow in the Litigation Counsel of America.

Alan is also certified as a mediator.

Alan has been married to Sherrie since 1972 and has four children.