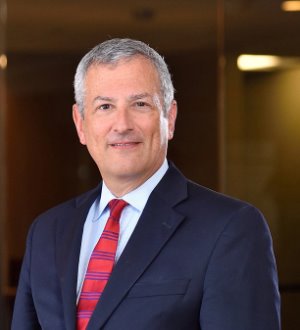 In his over 30 years of practice, Alan Freed has established himself as one of Missouri's pre-eminent practitioners of mediation and collaborative divorce, and as a leading appellate attorney.

Mr. Freed was elected a Fellow of the American Academy of Matrimonial Lawyers in 2009 and is listed in Missouri/Kansas Super Lawyers. Best Lawyers named him Attorney of the Year for Collaborative Law: Family Law in St. Louis in 2013 and for Family Law Mediation for 2015. A mediator since 1985, Mr. Freed is an Advanced Practitioner member of the Association for Conflict Resolution and is listed as a Senior Mediator on divorce.com, the world's leading source of information on mediation.  Mr. Freed co-authored the book Divorce in Missouri, published in April 2009, with his long-time law partner Alisse Camazine. It is the only book available containing comprehensive information on Missouri divorce issues written for the layperson. He is one of a handful of leading collaborative practitioners asked to contribute to Understanding Collaborative Family Law, published in 2011 and is also the co-author (with Daniel P. Card, II) of Appellate Practice, Volume 24 in the West Publishing Missouri Practice series.


In 2001, Mr. Freed was appointed an adjunct professor at the prestigious Washington University School of Law. Each year since then he has taught a course on negotiation and mediation to advanced law students and now teaches Family Mediation.  Mr. Freed is also in demand as a lecturer on a wide range of family law topics. He has spoken to groups such as the Association of Family and Conciliation Courts, an international interdisciplinary organization of lawyers, judges, mental health professionals, and others who work in the field of family law, the Association for Conflict Resolution, the Association of Missouri Mediators, the Missouri Bar, the Collaborative Family Law Association, and the Bar Association of Metropolitan St. Louis on topics such as Drafting Parenting Plans that Really Work, Using Metaphors in Mediation, The Ethics of Collaborative Practice, Hard Core Mediation, The Art of Asking Questions, and Homosexuality and Child Custody, among others. He has also participated in numerous mediation and collaborative divorce trainings for professionals.  Beginning with the edition published in 1997, Mr. Freed has been the author of the chapter titled Mediation and Other Forms of Dispute Resolution in the Missouri Bar Continuing Legal Education family law desk book, the handbook used by family law attorneys throughout the state.

Mr. Freed's practice is centered on mediation and collaborative divorce, processes that use creative problem-solving as the principal means of resolving family law issues. Mr. Freed is also the Paule, Camazine & Blumenthal attorney with principal responsibility for the matters in the family law department that are taken to the Missouri Court of Appeals and the Missouri Supreme Court, and he regularly appears in arguments before those courts. In addition, Mr. Freed handles traditional representation of clients in family law matters.  In 2009, Mr. Freed was elected president of the Collaborative Family Law Association, an organization he helped found in 2002. He is also a member of the Family Law Sections of the Missouri Bar and the Bar Association of Metropolitan St. Louis. He holds the "AV" rating issued by the Martindale-Hubbell Legal Directory, the highest rating an attorney can achieve.
What legal services does this lawyer offer?
Collaborative Law: Family Law
Family Law
Family Law Arbitration
Family Law Mediation
Mediation
Awards