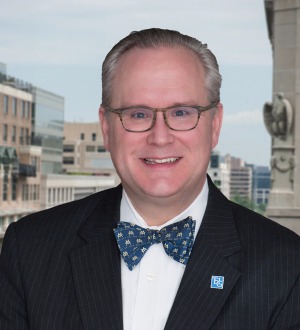 Recognized by Best Lawyers® since 2018.
1717 K Street Northwest, Suite 1110 Washington, District of Columbia 20006
(202) 331-3911
|
Firm: The Employment Law Group, P.C.
|  Website
Message
Edit Profile
Edit Your Profile
To edit your Lawyer Directory information, please login to your
Best Lawyers® Admin Account.
If you have any questions or need assistance, please contact us at info@bestlawyers.com or 803.648.0300.
Overview
Firm

Adam Carter is a seasoned courtroom attorney who has won numerous cases at trial and on appeal. For most of his career he has focused his practice on the representation of employees and whistleblowers.

Mr. Carter represents clients who bring claims against their employers involving fraud, wrongful termination, retaliation, and discrimination of all sorts. A skilled negotiator, he frequently helps high-ranking executives to reach agreement with their companies at crucial career moments such as hiring, promotion, and separation.

Mr. Carter has deep experience representing service members and veterans who face bias from their employers, including defense contractors and government agencies. He also has a particular interest in helping employees who battle discrimination at educational institutions, including high schools and universities.

Among his notable outcomes for clients:

Just as important as such victories, however, are the many settlements he has negotiated without courtroom conflict.

“I see myself as a problem solver,” says Mr. Carter. “I like to help good people get through bad situations — and since there’s not much I haven’t seen by now, I often can help them take the fastest route to the best result.”

Mr. Carter represents clients in a wide range of venues, from federal courts to state courts to arbitration. Earlier in his career he used to defend individuals and corporations in white-collar criminal cases, which gives him insight into the tactics of opposing counsel in whistleblower actions under the False Claims Act, among other laws. He has represented dozens of qui tam relators who bring fraud claims to the attention of government investigators.

Mr. Carter is a graduate of Georgetown University and the Georgetown University Law Center. He served as law clerk to the Hon. Oliver Gasch of the U.S. District Court for the District of Columbia. He is admitted to practice law in the District of Columbia, Virginia, and Maryland, and in many federal courts around the nation — including the U.S. Supreme Court.He is a member of the National Employment Lawyers Association, the Metropolitan Washington Employment Lawyers Association, the Barristers, and the Counsellors, and he is an active participant in the Archdiocesan Pro Bono Legal Network in Washington, D.C.