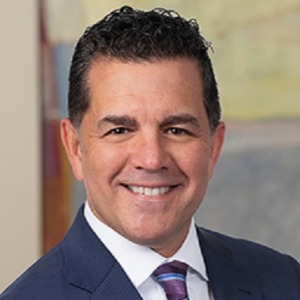 Whether they are buying, selling or financing businesses, CEOs, business owners, and investors turn to Aaron Ghais to get deals done.  Aaron specializes in representing mid-market companies that aspire to grow through acquisitions, and also helps business owners maximize value when they sell their companies.  Clients benefit from his ability to lead them successfully through the M&A process using his creative problem-solving skills, well-honed business sense, and results-oriented style.

A former “Am-Law 10” lawyer, Aaron leads the Shulman Rogers M&A Practice Group and serves as Co-Chair of the Firm’s Business and Financial Services Department.  He leverages the knowledge gained through over 25 years of successfully completing complex transactions to accomplish his clients’ objectives and overcome their legal and business challenges.

Aaron has a national practice representing corporate, venture capital and private equity clients in connection with a variety of transactional and securities matters.  These include mergers, acquisitions, dispositions, exchanges and joint ventures, as well as venture capital financings, securities offerings, debt financings, recapitalizations and other strategic transactions.

He has been involved in all phases of the transaction process, including structuring, negotiation, implementation, and ongoing post-transaction advice.

Regularly providing advice on corporate, securities and other business-related matters, Aaron serves as outside general counsel to a number of his clients; assists entrepreneurs and startup companies in connection with their formation and financing; advises boards of directors on various aspects of corporate governance, and represents funds that invest in emerging growth companies.

A recognized leader, Aaron was elected to serve on the Firm’s Board of Directors and is a regular speaker on M&A-related topics and current developments in the deal markets.  He is a member of the ABA’s Section of Business Law and plays an active role in the Section’s Mergers and Acquisitions Committee. Among other things, he has served on the ABA Subcommittee on M&A Market Trends and the ABA Subcommittee on Public Company Acquisitions.