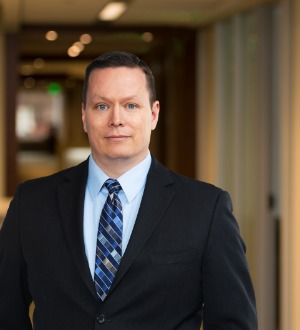 Specifically, he has represented clients in complex litigation at all levels of the state and federal courts, including in 13 cases on the merits at the U.S. Supreme Court, twice presenting oral argument. He has been counsel of record on over 90 U.S. Supreme Court briefs. He has also argued 15 times before the Michigan Supreme Court, argued en banc three times before the Sixth Circuit, and represented clients before the Ninth, Tenth, and D.C. Circuits, the Michigan Court of Appeals, and various state and federal trial courts.

Empirical studies of U.S. Supreme Court advocates have recognized Aaron for his success in persuading the Court to grant certiorari, for his win rate when representing amicus curiae before the Court, and for the quality of his writing.

Aaron’s writing has also garnered three Best Brief Awards from the National Association of Attorneys General (for U.S. Supreme Court briefs) and two Distinguished Brief Awards from the Western Michigan University-Cooley Law Review (for Michigan Supreme Court briefs). And he has been invited to speak at various law schools, including Stanford, the University of Chicago, and the University of Michigan, at the Sixth Circuit’s Appellate Practice Institute, and to various public-interest organizations.

Before joining Barnes & Thornburg, Aaron served as Michigan’s Solicitor General for five years; as the state’s chief appellate lawyer, he represented the State of Michigan and its agencies and oversaw appellate matters for the Michigan Department of Attorney General. Before that, he practiced law in the Grand Rapids office of a Michigan law firm and in the Washington, D.C., office of a global AmLaw 20 firm.

Prior to law school, Aaron attained the rank of captain in the U.S. Army while assigned to the Second Squadron, Third Armored Cavalry Regiment, in Fort Carson, Colorado. He held a top-secret clearance and served in the regiment as an armor officer for five years.