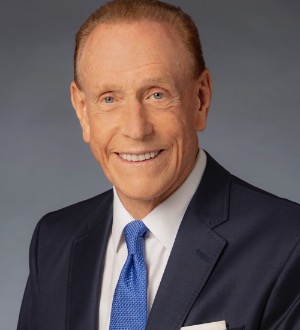 A. Bernard “Bernie” Bays is a Director of the firm. Mr. Bays has over 50 years of experience successfully representing clients in over 150 landmark Hawaii litigation cases.

Mr. Bays is a member of the Hawaii State Bar Association’s, “LIVING LEGEND LAWYERS”, a group of attorneys whose bar numbers are less than 1,000.

Mr. Bays has also been selected for inclusion to the "Top 25" Hawaii Super Lawyers® list eleven consecutive times since 2010 in the practice area of Business Litigation, and selected to the list since 2008.

Mr. Bays holds Martindale-Hubbell’s® highest “AV Preeminent” rating given by his legal peers based on his work, reputation and integrity.Mr. Bays was a founding partner at a large Hawaii law firm concentrating his practice in complex litigation.

Some examples of Mr. Bays' legal work include:Represented the Parker Ranch Foundation Trust in defeating a will contest over the $450M estate of Richard Smart filed by his two sons.  The estate included the 225,000 acre Parker Ranch located at Waimea on the Island of Hawaii.

Represented the Newton family before the State Land Use Commission in reclassifying more than 400 acres of land above Hilo on the Island of Hawaii from Conservation to Agriculture.

Represented Budget Rent A Car in an antitrust case against Hawaiian Airlines.

Represented Oahu Gas Services in an antitrust case against Gasco.Represented the St. Louis Heights Community in a test case appealing and reducing the real property taxes for hundreds of homeowners.

Represented Hidenori Ito in blocking the $11M sale of the Gerbode Estate property; which enabled Ito to buy the property for $10.3M.

Represented homeowner groups before the U.S. Supreme Court in a landmark case upholding the constitutionality of the Hawaii Land Reform Act.

Represented Michael Fuchs, the former Vice Chairman of Time Warner, in a lawsuit regarding the $18M purchase of an oceanfront development property from Mauna Lani Resort that enabled Fuchs to purchase the property for $16.5M.

Represented Seibu in defending a case to block the sale of the Makena Resort and Prince Hotel on Maui.  The case was dismissed and affirmed on appeal allowing the $500M sale to proceed.

Represented Forest City in land use approval litigation in opposition to the Forest City planned community brought by the adjoining landowner.

Represented the Aina Lea project in proceedings before the Land Use Commission to have the affordable housing requirement reduced from 60% down to 20% for its 1,900 unit planned community adjacent to the Mauna Lani Resort on the Island of Hawaii.

Represented the Aina Lea project in defending land use approval litigation brought by a nearby community.

Represented developer Jack Myers in a suit against Kaiser Hospital which enabled Myers to purchase the Waikiki Prince Hotel site.  Also represented Myers in litigation involving development of the hotel, including the first appellate decision in Hawaii upholding the issuance of a Special Management Area Use Permit.

Represented developer Pankow Associates in a case against Crocker National Bank regarding $135M in loans secured by 3 large condominium projects which resulted in a reduction of the loan balances to a fraction of the face value.

Represented a coalition of North Shore Community groups in successfully blocking a $1B Ameron rock quarry operation that had been planned for the North Shore.

Represented tens of thousands of single family lessees in purchasing the fee interest in their homes.

Represented thousands of condominium lessees in buying the fee interest in their condos.

Represented the developer of the Kaluakoi Resort Community on Molokai in a test case before the Ninth Circuit Court of Appeals to obtain a water supply for the resort.